window.dataLayer = window.dataLayer || []; function gtag(){dataLayer.push(arguments);} gtag('js', new Date()); gtag('config', 'G-7TERX8MNGW'); Why a free Press is a vital part of our democracy, by owner of the Daily Mail, Lord Rothermere - faridadam
Skip to content

The proprietor of the Daily Mail has delivered a passionate defense of free speech and family values ​​in a historic address to celebrate the newspaper’s 125th anniversary.

Lord Rothermere hailed the Mail’s tradition of holding the powerful to account and exposing ‘corrupt, pompous, incompetent and immoral’ politicians from all parties.

And he raised a toast to the Queen in every jubilee year as he praised the monarchy for protecting all of Britain’s freedoms including those of the Press and ‘the vital role it plays in a healthy democracy’.

Prime Minister Boris Johnson and his wife Carrie were among 800 guests at the event at Claridge’s Hotel in London as Viscount Rothermere pledged: ‘We are beholden to no one but our readers, who love and respect our journalism. 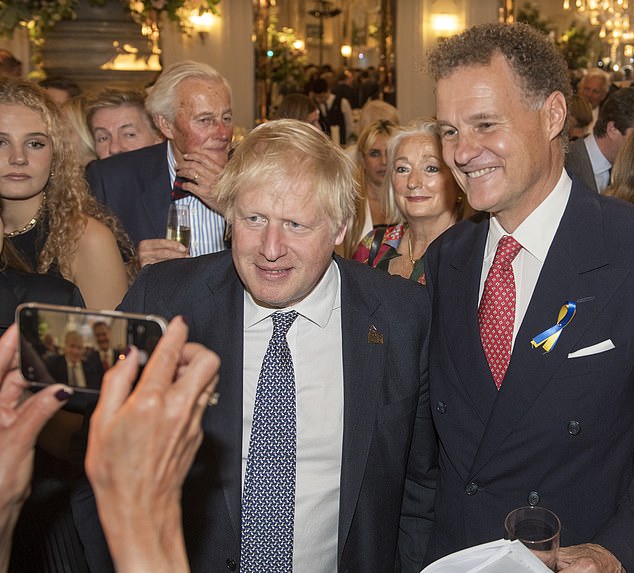 ‘That is why we are a genuinely free Press. And, however much those in power try, they can never – to their fury and frustration – control us.’

The Daily Mail has been owned by the same family since it was founded in 1896. The belated 125th anniversary celebration was twice postponed last year because of Covid restrictions.

Standing up for decency and the family

Alfred Harmsworth and his brother Harold, who became the first Viscount Rothermere, were young men when they risked every hard-earned penny they owned to launch the Daily Mail on May 4, 1896. Packed with human interest journalism to both inform and entertain, it was an instant hit and quickly began selling a million copies a day.

Lord Rothermere, the 4th Viscount, said: ‘The Mail was so successful because Alfred understood in his very bones that the paper was there to serve the readers – not the other way round.’

He said detractors in the ruling class had sneered, with Lord Salisbury, the PM at the time, branding the Mail a newspaper ‘produced by office boys for office boys’. ‘How stupendously he missed the point,’ said Lord Rothermere. ‘Unlike him, the Mail never condescended to its readers. Quite the opposite: it reversed them. 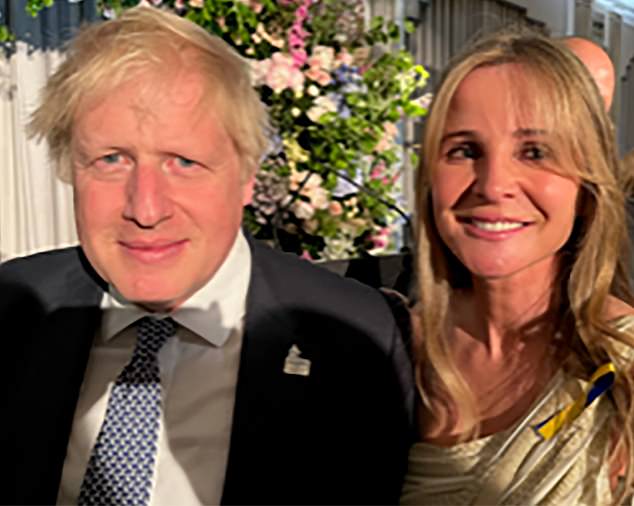 ‘And what Salisbury failed to understand is that those ‘office boy’ readers dreamt of becoming office managers, buying their own homes, and giving their children better lives than they’d had. They were the backbone of modern Britain.’

In his speech, Lord Rothermere warned of the ‘increasingly shrill world of fake news and malign Twitter echo chambers’ and said the Mail’s values ​​’matter more than ever’.

‘Yes, we must support equality and respect minority rights, but equally, we must never forget that majorities have rights too.

We must call out the charlatans, the hypocrites, the cancellers and those who hate this country, its culture and its past

‘And above all we must passionately defend the family.’

Lord Rothermere expressed immense pride in his own ‘strong and loving family’, as Lady Rothermere and their five children, Vere, 27, Eleanor, 25, Theodora, 20, Iris, 18, and Alfred, 11, listened to his speech. And recalling his own childhood, the viscount told the audience he was a ten-year-old ‘boy in short trousers’ when his father took him to visit the Mail’s printing plant – and he instantly became hooked.

He said: ‘I can recall with total clarity – indeed, I can almost smell it – the magic that was old Fleet Street. The dirt and the clattering noise. The ink-smudged printers. Anxious sub-editors feverishly trying to beat the clock.’

He remembered the ‘palpable sense of shared purpose and mutual respect’ between the newspaper’s staff and his father, Vere Harmsworth, the 3rd Viscount, who died in 1998. ‘It was a unique culture based on a relationship of trust and a shared passion for print and journalism between the producers of the newspaper and the proprietor,’ he said. ‘That heady evening was my epiphany. That night, I made a decision – to follow my father into the family business.’

The Mail is now the biggest- selling paper in the UK, and MailOnline is read by millions of people across the globe. Lord Rothermere, who is chairman of DMGT, the company which owns the Mail, MailOnline and The Mail on Sunday, said the Mail could go on to succeed globally ‘beyond our wildest dreams’. He said the enduring spirit of the group’s journalism had been defined by Alfred Harmsworth ‘who believed that the Mail must hold people and institutions in power to account without fear or favor’, adding: ‘His credo was that news is what somebody, somewhere, wants to suppress – all the rest is advertising.’

Lord Rothermere recalled some of the newspaper’s famous campaigns which had changed Britain for the better, saying: ‘Our detractors like to portray us as small-minded, little-Englanders. They could not be more wrong.’ In the First World War, the paper had defended young soldiers ‘appallingly betrayed by armchair generals’. In recent times, it had stood up for Stephen Lawrence and exposed institutional racism in the Metropolitan Police.

Recalling the successful campaign to free British prisoner Shaker Aamer, he said the paper campaigned ‘for a London-born Muslim to be released from Guantanamo Bay’.

He also highlighted the Mail’s efforts for military interpreters to be allowed into Britain. The newspaper’s Betrayal of the Brave campaign has won awards for its success in helping hundreds of translators who worked for British forces – and then faced being hunted down by the Taliban – to gain sanctuary in the UK.

He namechecked the Mail’s pioneering environmental campaigning, which secured a ban on throw-away supermarket bags, and how the paper had raised £25million for PPE and computers for schoolchildren during the Covid crisis.

Never forget that majorities have rights too

There was a round of applause when he added: ‘And it was our readers who raised an astonishing £11million for Ukraine in only a few weeks.’ There was further applause as he welcomed Ukraine’s deputy ambassador, Taras Krykun, who was representing his country at the event, telling him: ‘The people of Britain stand shoulder to shoulder with you during this time, and we are lost in admiration for your people’s bravery in fighting such cruel tyranny.’

Lord Rothermere poked fun at Mr Johnson – after his fine for a lockdown birthday party in Downing Street – by saying: ‘Prime Minister, we did think of having a birthday cake’, before turning the joke on Labor leader Sir Keir Starmer over ‘Beergate ‘ by adding: ‘But given that this is a ‘work event’, we decided to have beer and curry instead.’

In his tribute to the Queen, Lord Rothermere raised a toast ‘to the health of this remarkable woman, who has sacrificed her life to the monarchy’. In 2020, the Queen lavished praise on Britain’s news media for ‘important public service’ during the Covid pandemic, saying: ‘As our world has changed dramatically, having trusted, reliable sources of information, particularly at a time when there are so many sources competing for our attention, is vital.’

Lord Rothermere also singled out Viscountess Rothermere, saying: ‘My beautiful wife, Claudia, passionately shares my love of, and pride in, the Daily Mail and its future. Every partnership, love and strength of purpose have been my most cherished gifts.’

Then he raised a glass to the ‘grand old first lady of Fleet Street on her 125th birthday – the Daily Mail’.