A judge this morning ruled 12-year-old Archie Battersbee was ‘likely’ to be braindead and should no longer to be treated – devastating his mother who vowed ‘I will not give up my fight for my son’.

Archie was at the center of a High Court life-support treatment dispute after medics said he was no longer alive and they should stop life support.

But his parents, Hollie Dance, 46, and Paul Battersbee, 56, wanted it to continue and believed he just needed more time and could wake up.

Archie was found unresponsive at his home in Southend, Essex on April 7 with a ligature around his neck his mother and father think was there to copy an online craze.

Last night Ms Dance had issued a last-gasp appeal to High Court judge Mrs Justice Arbuthnot to ‘find it in your heart to give my last the time to heal’ before she made her ruling today.

But after hearing the news this morning, she battled tears as she said: ‘I am devastated and extremely disappointed by the judge’s ruling after weeks of fighting a legal battle, when I wanted to be by my little boy’s bedside.

‘Basing a judgement on an MRI test and is ‘likely’ to be dead is not good enough.

‘I feel sickened at the hospital and the judge have failed to put the wishes of the family into consideration.

‘I do not believe Archie has been given enough time. His heart is still beating he has gripped his hand and as his mother and my gut instincts I know my son is still there.

‘Until it’s God’s way I wont accept he should go. I know of miracles when people have come back from being braindead.

‘We do intend on appealing, this is only the start, I will not give up my fight for my end.’ 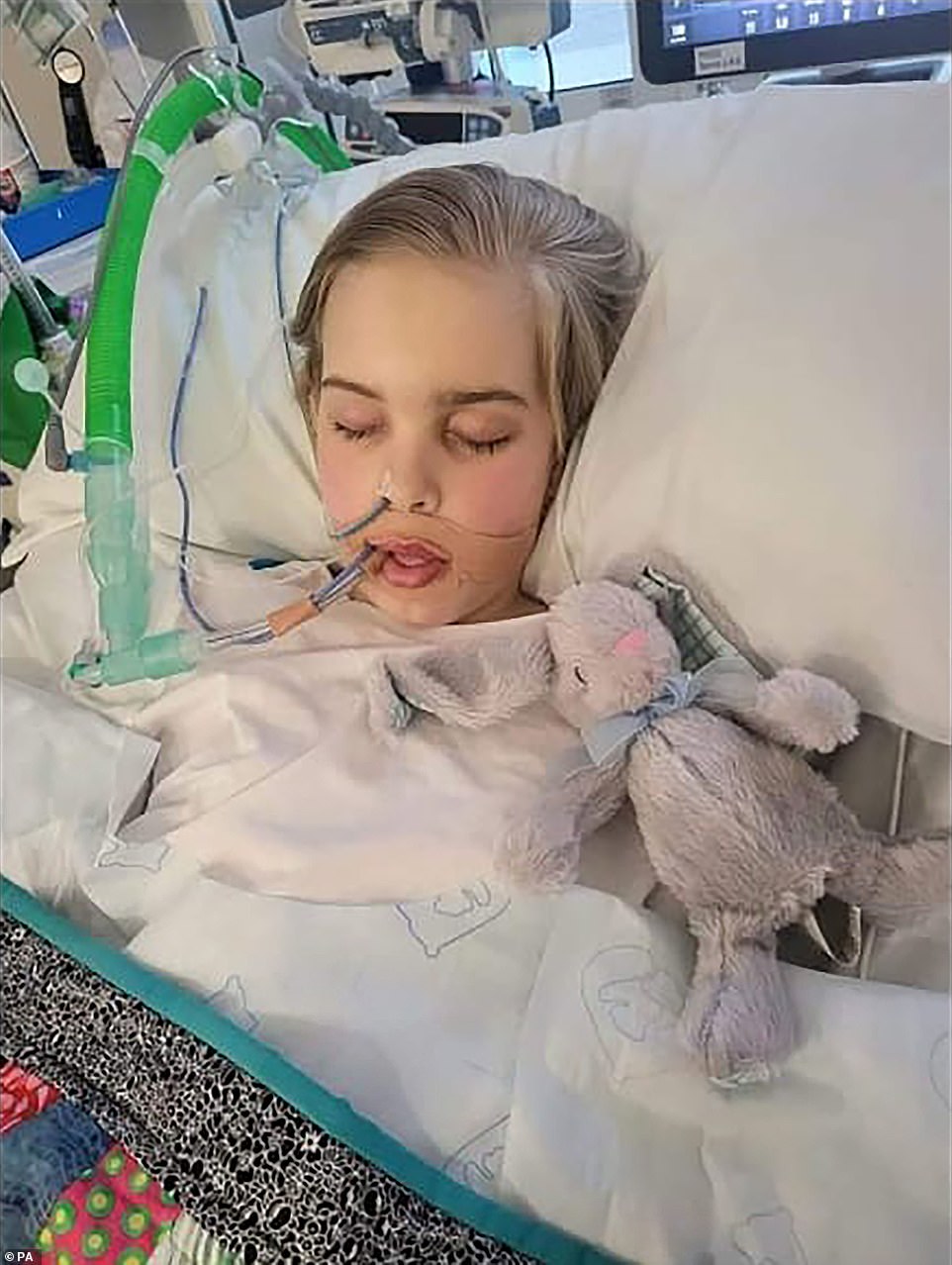 Archie has not regained consciousness after he was found unresponsive with a ligature around his neck at his home in Southend, Essex on April 7 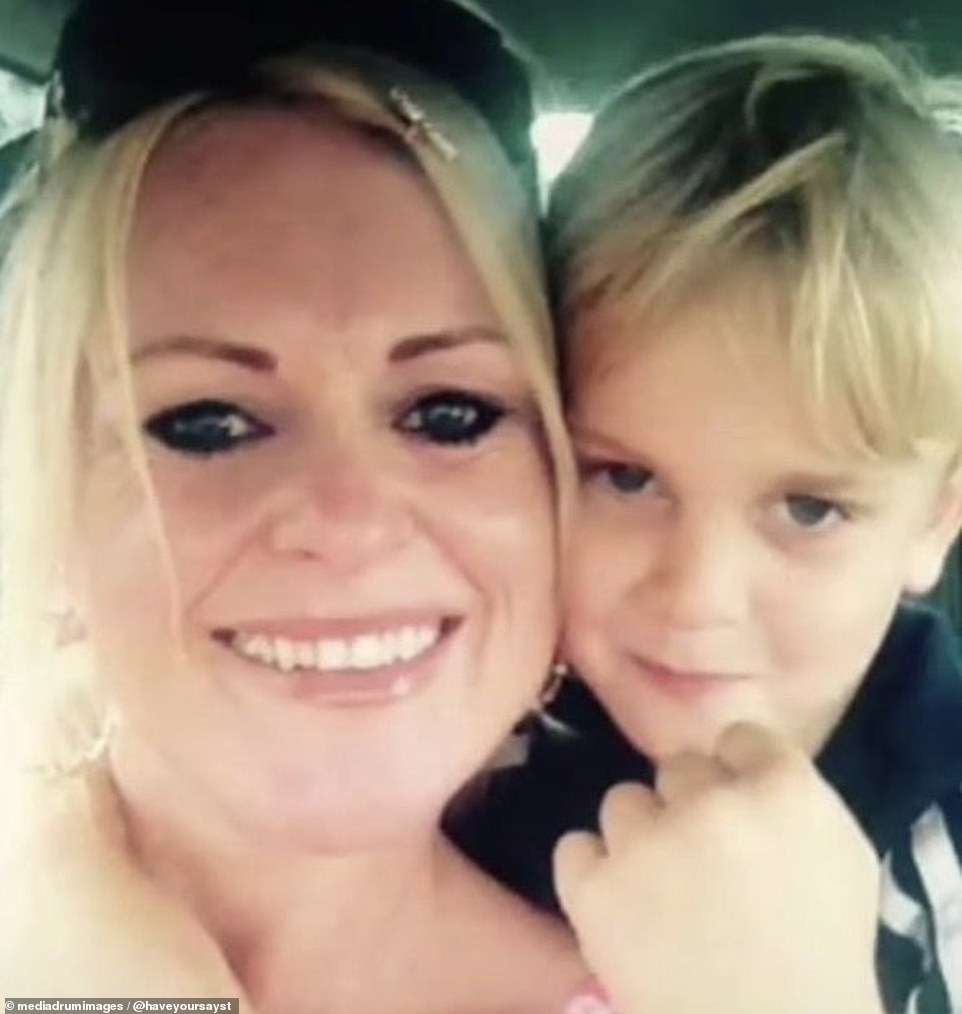 Judge Arbuthnot ruled this morning: ‘I find that Archie died at noon on May 31 2022, which was shortly after the MRI scans taken that day,’ said the judge in a written ruling.

‘I find that irreversible cessation of brain stem function has been conclusively established.

‘I give permission to the medical professionals at the Royal London Hospital to cease to ventilate mechanically Archie Battersbee.’

Andrea Williams, chief executive of the Christian Legal Centre, which is supporting the family’s legal case, said: ‘This ruling is a devastating moment for Archie and his family.

‘The idea that death can be declared on the balance of probability is frankly ludicrous.

‘Life is the most precious gift that we have. This ruling sets a troubling and dark precedent.

‘This case has raised morale, legal and medical questions as to when a person is dead.

‘Archie’s parents do not accept that he is dead and are fighting courageously for his life. 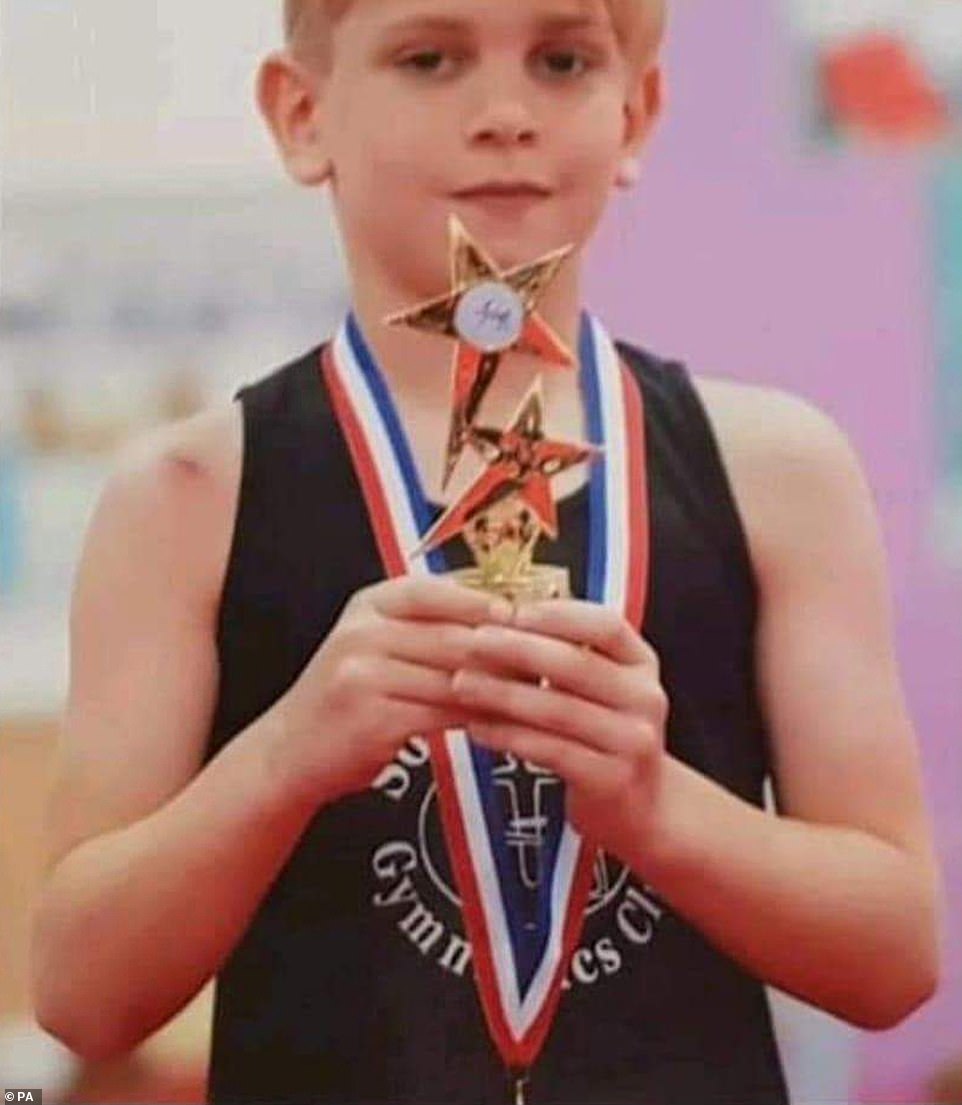 They will not give up now and intend to appeal. We will continue to stand with the family and continue to pray for a miracle.’

Alistair Chesser, the chief medical officer at Barts Health NHS Trust, has expressed sympathies for the family of 12-year-old Archie Battersbee after a High Court ruling that his life support treatment should stop, adding that the hospital will give them time to appeal .

Speaking outside the Royal London Hospital in Whitechapel, east London, Mr Chesser said: ‘This is a sad and difficult time for Archie’s family and our thoughts and sympathies are with them as they come to terms with what has happened.

‘In line with the guidance issued by the court, our expert clinicians will provide the best possible care while life support is withdrawn.

‘We are also ensuring that there is time for the family to decide whether they wish to appeal before any changes to care are made.’

Last week, Ms Dance revealed the frantic moment she discovered Archie with a ligature cutting off his windpipe on ITV’s This Morning.

She believes he was copying an online craze on TikTok where people asphyxiate themselves, pass out and regain consciousness on camera.

She recalled the moment she ‘ran out screaming for help’ after snapping the ligature off her last who was on the landing and fell ‘8ft onto the hallway’, where she then began CPR.

‘I ran out screaming to get help, nobody was there so I came back in,’ she said. 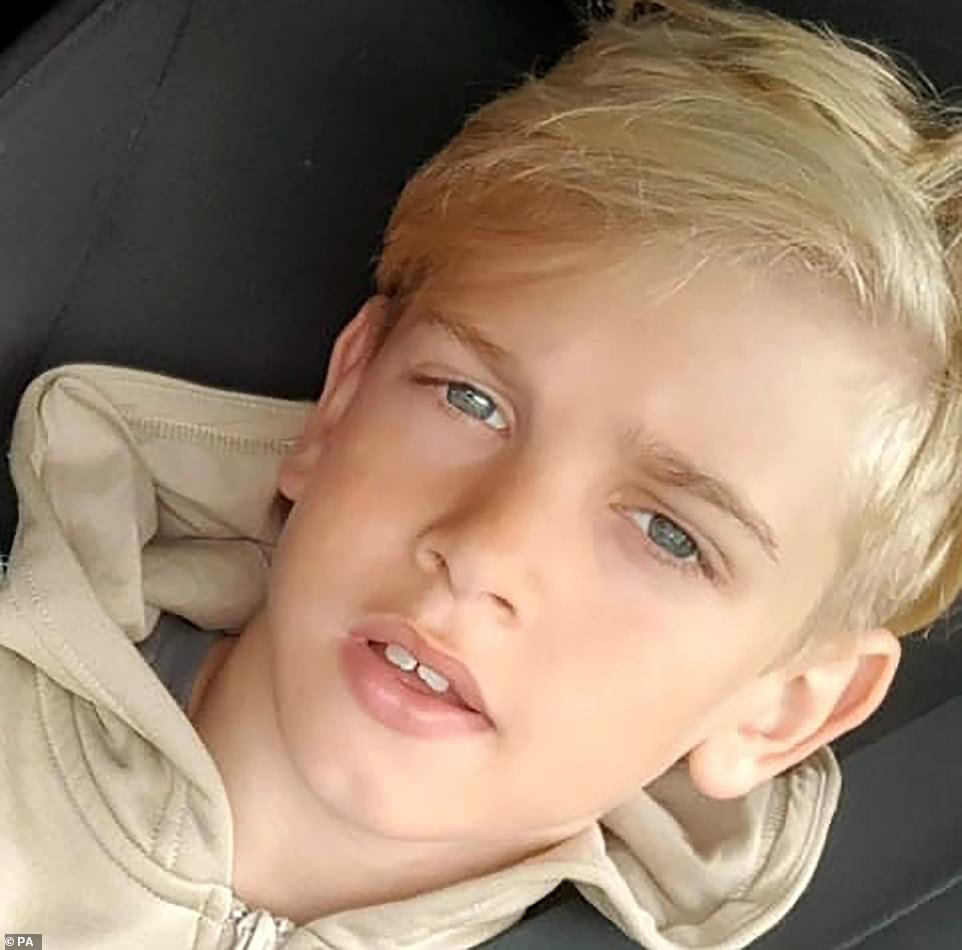 Ms Dance told This Morning hosts Phillip Schofield and Holly Willoughby that she found Archie (pictured) with something tied around his neck, cutting off his ‘windpipe’ 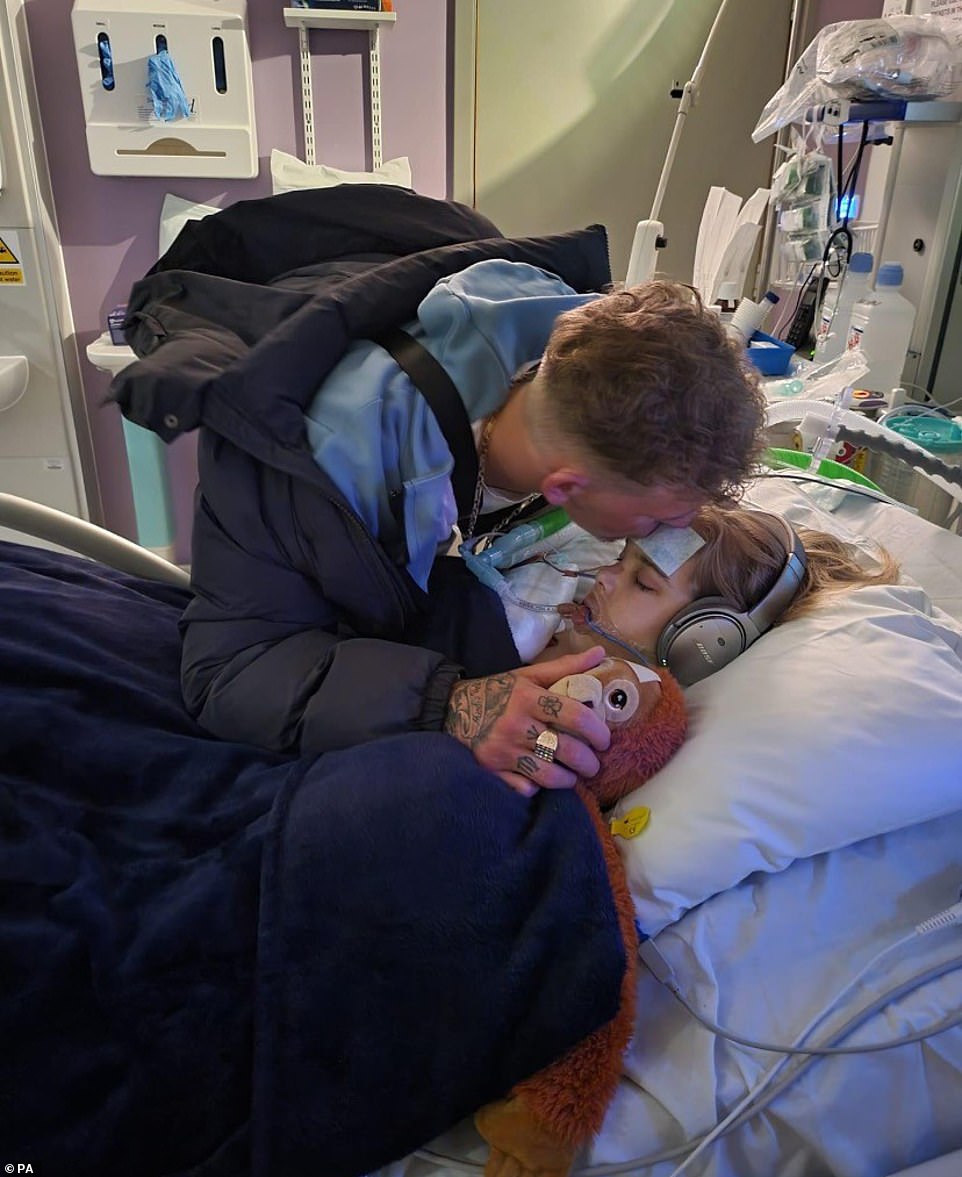 Suggesting her last was taking part in the online challenge, Ms Dance claimed there have been at least 80 deaths, and hundreds of cases of permanent brain damage, linked to the potentially fatal ‘blackout challenge’.

After being taken to Southend Hospital, he was then transferred to Royal London Hospital.

‘It’s important that parents are aware about these things so they can have a conversation with their children,’ she continued.

‘They need to explain what might happen, and maybe use Archie as an example, then maybe the child would take notice and not try it.’

Speaking on ITV’s This Morning on Thursday, Ms Dance said: ‘If I don’t explore every avenue, if I don’t fight for his life and later on we realise, well actually we didn’t look into that, we’ve missed something — I’m going to spend the rest of my life not knowing and thinking ‘what if, what if’.

‘I’m going with my gut and… a mother’s gut instinct, I think you should really go with it.’

Giving evidence at the hearing this week, a specialist told the judge about a number of concerns noted by Archie’s treating team.

She said tests had shown no ‘discernible’ brain activity, but revealed ‘significant areas of tissue necrosis’, and added: ‘We believe that it is very likely that he is brain-stem dead.’

But lawyers representing Archie’s family have told the judge that his heart is still beating – and his mother said he had gripped her hand.

They also say there was an issue as to whether ‘the correct procedure’ had been followed, and whether the ‘family’s views’ had been taken into account.

Last week, Archie’s parents made their closing pleas to Mrs Justice Arbuthnot, who is deciding what moves are in the 12-year-old’s best interests.

‘Monday coming will be our ninth court appearance,’ Ms Dance added. ‘He’s been in hospital for eight weeks.

‘Every single minute is precious, and I’m having to go to court and sit there all day. I’m not getting back to hospital some days until half seven at night.’

She described her son as a ‘happy’, ‘high-spirited’ ‘daredevil’, who enjoys mixed martial arts and trains with South Essex Gymnastics Club.

Ms Dance added that since being in hospital, her son has held her hand and opened his eyes.

His blood pressure and heart rate have also been increasing and then dropping, something she has been told could be ‘neurostorming’.