The NHS whistleblower whose evidence helped put butcher surgeon Ian Paterson behind bars has revealed that he was threatened with the sack for daring to question the reckless treatment of women whose lives were eventually ruined.

Paterson had misdiagnosed cancer in healthy patients and performed unnecessary and damaging surgery including unregulated ‘cleavage-sparing’ mastectomies. Convicted on 17 counts of wounding with intent, he was jailed for 20 years in 2017.

Now speaking for the first time about his battle to expose one of Britain’s biggest medical scandals, breast surgeon Hemant Ingle, has told the Mail on Sunday, he had first tried to challenge Paterson a full ten years before he was finally jailed in 2017.

Ingle, a junior consultant at the time, had become concerned the senior consultant was putting patients at risk by carrying out inappropriate reconstruction surgery and partial mastectomies that left breast tissue behind. Some patients subsequently died. 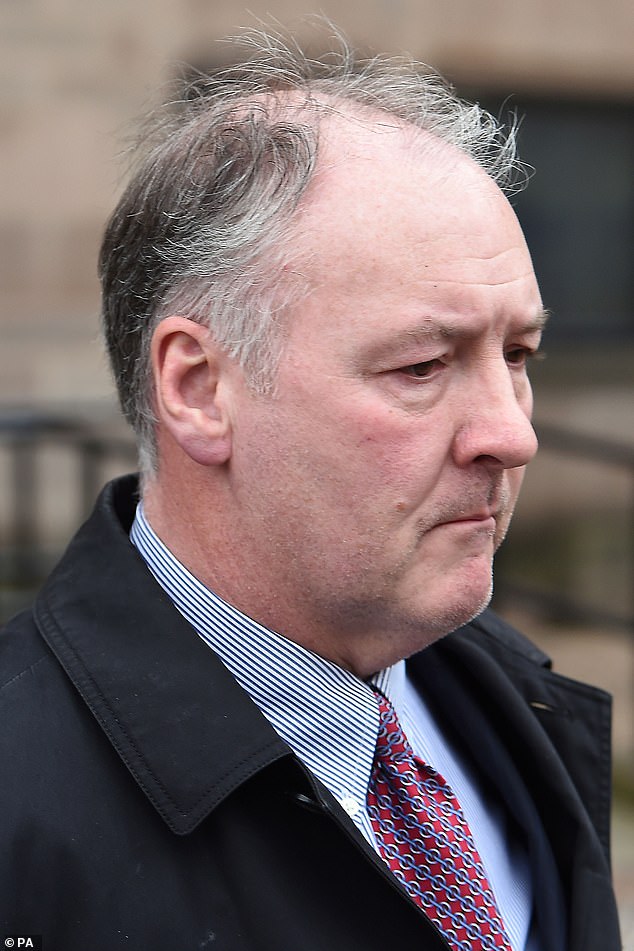 Paterson (pictured in 2017 near the court) had misdiagnosed cancer in healthy patients and performed unnecessary and damaging surgery including unregulated ‘cleavage-sparing’ mastectomies. Convicted on 17 counts of wounding with intent, he was jailed for 20 years in 2017

In an interview ahead of a new ITV documentary broadcast tonight [Sunday]called Bodies of Evidence: The Butcher Surgeon, Ingle said: ‘He [Paterson] would railroad through [hospital] meetings, saying this is how the treatment is going to be. But so many times I felt he was advising patients’ reconstruction surgery unnecessarily. We fought at almost every meeting.’

Ingle’s suspicions were confirmed when Paterson asked him to perform breast reconstruction surgery on one of his female patients when he was on holiday – even though her medical records showed she had no trace of cancer.

‘It was a shock to me that there was absolutely no pre-cancer,’ he said. ‘I felt really sad and anxious – and Paterson became angry that I had caught him out. That’s when my tentacles went up to say, this guy really will do anything.’

Today, he believes Paterson was motivated by pure greed, with some reports suggesting he had earned as much as £100,000 a year from the procedures on top of his £100,000 NHS salary.

Ingle, backed by two colleagues, wrote eight letters to senior NHS managers over 2007 alerting them to his concerns and Paterson’s bullying manner towards colleagues. They included the claim that Paterson had threatened him with the sack if his complaints continued.

His multiple warnings prompted an internal investigation that found Paterson had performed incomplete mastectomies, which put patients at greater risk of their cancer returning, and had recommended inappropriate breast reconstruction.

But there was little action in response.

After a brief period of supervision, Paterson was allowed to continue performing breast and general surgery at NHS and private hospital until he was suspended from both the NHS and private practice in 2011.

By then, he had performed more than 1,000 botched or unnecessary operations, including on children [under 18]. By 2017, more than half his mastectomy patients had died. 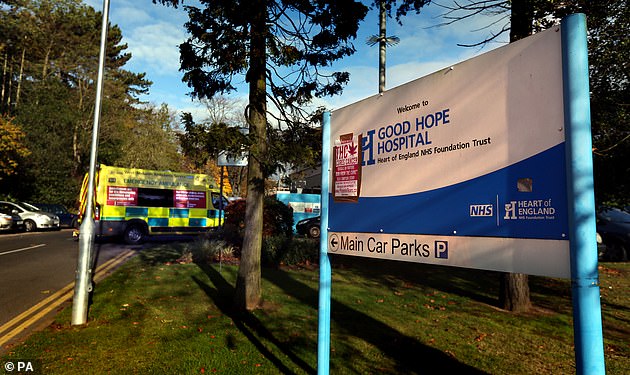 The Glaswegian-born breast surgeon is currently serving 20 years for his 14-year campaign of botched ops he carried out in the West Midlands (Pictured: Good Hope Hospital in Sutton Coldfield)

Glasgow-born Paterson, who saw patients dressed in pin-striped suits, enjoyed a lavish lifestyle and was feted as a celebrity surgeon. He dined in Michelin-starred restaurants, drove an Aston Martin and entertained GPs in private boxes at football and rugby matches.

His property portfolio included a £1.25million eight-bedroom Georgian mansion in Edgbaston, one of the smartest postcodes in Birmingham, and a holiday home in Florida with views over a private golf-course.

Consultants were able to top up their earnings on the NHS through lucrative private work. They took a cut of fees for each operation, after paying rent to the private hospital.

A Spire price list from 2009 showed a breast care package including an initial consultant appointment, mammogram and biopsy cost £864. Ingle said private reconstruction surgery costs between £10,000 and £12,000. It is thought Paterson’s private work doubled his NHS salary of around £100,000.

Ingle, who also worked alongside Paterson in the private sector, said. ‘Money was the motivation for Paterson, and that is why he did so much fraud.

‘There was so much work at Solihull hospital that between Paterson and the plastic surgeon, they had a deal where NHS patients would be taken privately, and both of them would charge private rates for surgery to the NHS. The management agreed to that.’

Yet many of Paterson’s patients struggled to afford the surgery that left them permanently disfigured, traumatised and at greater risk of their cancer coming back.

Carole Johnson, a former pub landlady, used savings set aside for her grandchildren to go under Paterson’s knife seven times. When Ingle broke the news that none of the surgery had been necessary, he recalled: ‘When she cried, my emotions flooded out that day too. I cried with her.’

Ingle argued Paterson gave better care to patients in private clinics, where he could also bill for multiple follow-up appointments.

‘It was literally a Jekyll and Hyde scenario,’ he said. ‘So many patients told me that when they finished private treatment because they couldn’t afford it any more and they went to the NHS, he [Paterson] wouldn’t even look at them.’

Ingle said Paterson had so many private cases at the two Spire hospitals, he suspected Bethan was stealing his patients. He said: ‘Mr Paterson and Bethan had such a strong influence that it was almost impossible to get any cases. On a Friday afternoon, he would have between 20 and 22 patients in a private clinic, which is unheard of in the NHS.’ 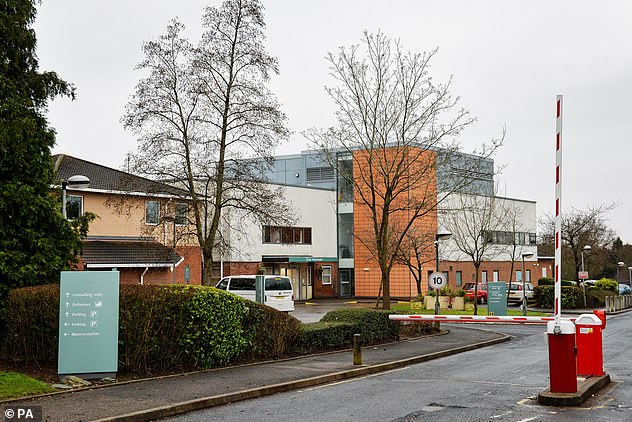 Paterson worked at NHS hospitals in the West Midlands and private clinics including those run by Spire hospitals (Spire Parkway in Solihull, pictured) 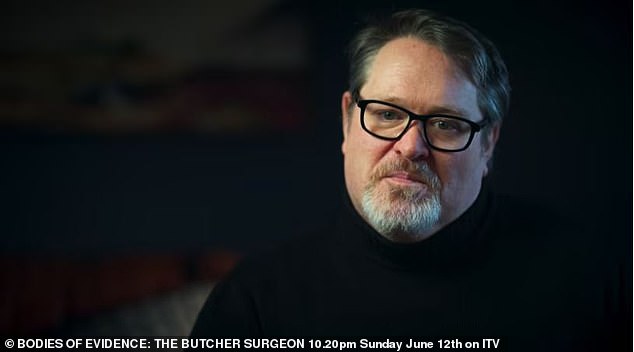 Once Paterson was finally suspended, a number of his private patients were referred to Ingle at Spire Parkway. On reviewing their notes he discovered to his horror that Paterson had been falsely diagnosing patients with cancer on a huge scale.

He said: ‘Every patient was an eye-opener. Once I started reading the notes it was a Pandora’s Box, and that box just kept on opening.

‘I was shocked to discover that these patients would have a small, benign lump in the breast and they would go straight to theater without biopsy. he [Paterson] had recorded them as cancer, but none of these cases had cancer.’

Armed with mounting evidence, Ingle made a further complaint in 2011 to Spire’s management. He said: ‘Once I found out that the patients were being maltreated, I thought, either I become a party to that or I take a stand and keep on writing until this is sorted.’

The growing body of evidence led to a criminal investigation by West Midlands Police. Once Paterson had been convicted at Nottingham Crown Court, a compensation fund backed by the NHS and Spire paid out £37million to around 750 patients.

They called Paterson a ‘psychopath’ and said his ‘God complex’ had wrecked their families and livelihoods. In total he saw more than 11,000 patients, who continue to come forward and seek legal advice after being contacted by the NHS and Spire.

Meanwhile, Birmingham coroners are investigating whether at least seven of Paterson’s patients died an unnatural death as a result of his actions. 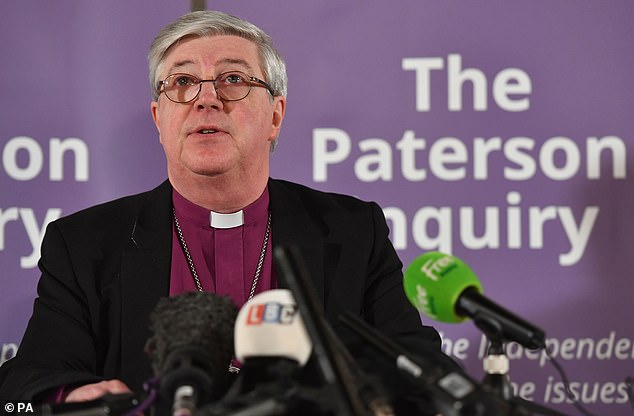 A major inquiry led by the former Bishop of Norwich, the Right Reverend Graham James (pictured), reported in 2020 that both the NHS and Spire Healthcare had failed to supervise Paterson appropriately and failed to act on well-evidenced complaints about his practice 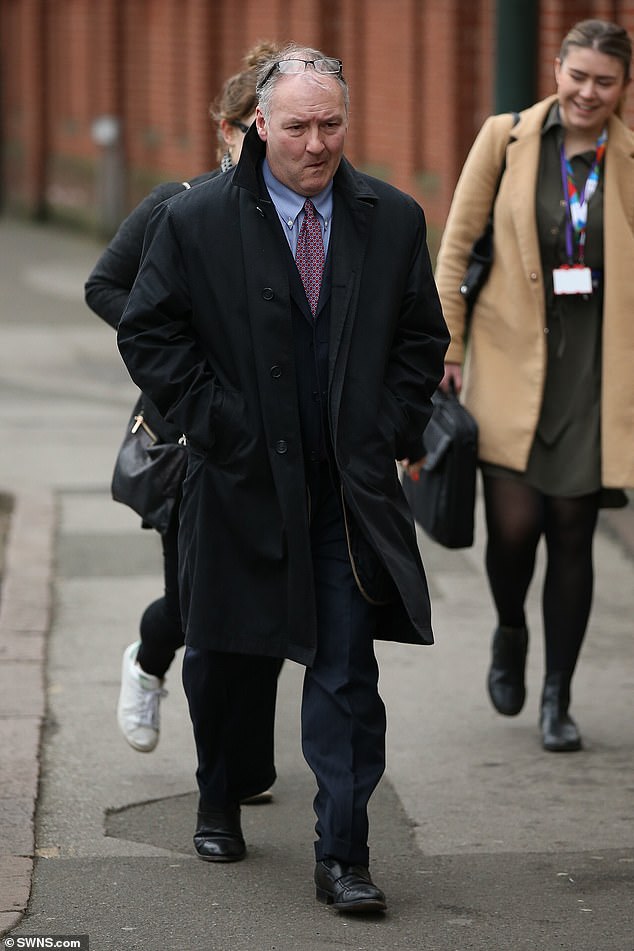 The NHS whistleblower thinks Paterson (pictured in 2017) was motivated by pure greed, with some reports suggesting he had earned as much as £100,000 a year from the procedures on top of his £100,000 NHS salary

A major inquiry led by the former Bishop of Norwich, the Right Reverend Graham James, reported in 2020 that both the NHS and Spire Healthcare had failed to supervise Paterson appropriately and failed to act on well-evidenced complaints about his practice.

It blamed the healthcare system for ‘a culture of avoidance and denial’ and said his behavior had been ‘excused or even favored’.

Victim John Ingram, who has undergone years of therapy after Paterson incorrectly performed a double mastectomy in 2006, said: ‘Their initial reflexive action was to close ranks. Notes went missing; people weren’t available. Instead of looking after us, they were combatants, they were the enemy.’

A Spirecare statement said: ‘We apologise for the significant distress and harm Health by patients who were treated by Ian Paterson in our hospitals.

‘Spire has changed radically since 2011. Our culture, management and standards have been overhauled, with safety and quality sitting at the heart of everything we do.’