A millionaire hipster couple are facing a £130,000 bill after they lost a bitter legal dispute with their neighbor over a loft conversion that was built too close to their £1.5million home.

Liz Peck, who runs gender-neutral organic kids’ clothing company ‘Our Little Tribe’, and her singer-songwriter husband Adam, sued Debbie Ranford over the roof extension at her flat in trendy East Dulwich, London that she had built back in 2014 .

Mrs Ranford built her extension only about an inch from their own loft room, with her builder then joining the two dormers by installing “infill” material on the Pecks’ side of the boundary, the Pecks claimed.

The Pecks loft room was already in place when they purchased the home in 2010.

Last month, the trendy couple sued their banker neighbor, who had been a family friend, at Central London County Court – demanding that she be forced to dismantle the loft extension.

Mrs Ranford’s barrister Howard Smith said she had desperately wanted to avoid the ‘enormous costs’ of a trial and had offered every neighbors £13,000 to settle the case earlier, but it had been refused.

But despite ruling there had been a ‘very minor’ trespass, a judge refused to order demolition and has now ordered the Pecks to pick up lawyers’ bills totalling around £130,000 for the court fight. 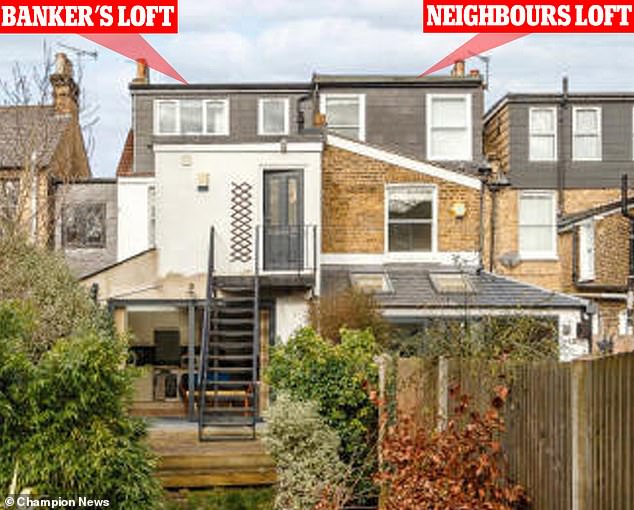 Mrs Ranford built her extension (left) only about an inch from their own loft room (right), with her builder then joining the two dormers by installing ‘infill’ material on the Pecks’ side of the boundary, the Pecks claimed 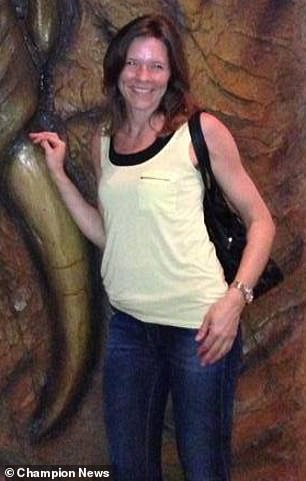 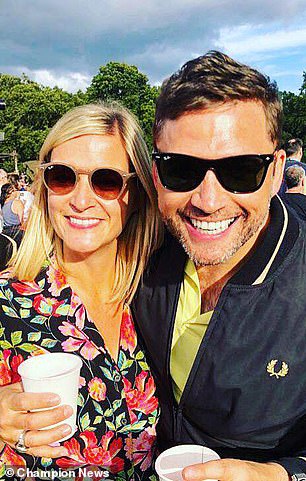 Liz Peck, who runs gender-neutral organic kids’ clothing company ‘Our Little Tribe’ (right), and her singer-songwriter husband Adam (far right), sued Debbie Ranford (left) over the roof extension at her flat in trendy East Dulwich, London that she had built back in 2014

If you are about to embark on building work in a semi-detached house, flat or terraced property, it is likely you share a wall with a neighboring building.

The Party Wall act prevents building work by one neighbor that can undermine the structural integrity of shared walls or neighboring properties.

It is designed to avert and resolve potential disputes with neighbors before building work is started.

You must tell your neighbor if you want to:

Examples of this type of work include:

You must give notice to your neighbor between two months and a year before you plan to start building works. Include what you plan on doing.

Once you’ve given notice your neighbor can either give consent in writing or refuse, which will start the dispute resolution.

Judge Simon Monty QC said the Pecks should not have taken the case to a full county court trial and agreed that they had attempted to use a ‘sledgehammer to crack a nut’ over the minor boundary issue.

During the trial, the court heard that banker Mrs Ranford built the loft room at her two-storey flat in affluent Bellenden Road, south London, in 2014 after getting consent from her neighbors Mr and Mrs Peck.

Mrs Ranford, who works in regulatory reporting in a City bank, arranged for her neighbors to sign a Party Wall Notice to consent to the work.

But Mrs Peck told the court she was horrified when she learned that – in order to get a bigger loft room – Mrs Ranford’s builder had built on the boundary line and encroached onto their property to join the dormers.

Giving evidence, the 49-year-old told Judge Monty that the work they consented to should have stopped short of the boundary between the two properties.

Their own loft conversion was itself just under an inch back from the party wall and they understood Mrs Ranford’s room was to be positioned to leave a gap between the two properties to allow for maintenance.

The first Mrs Peck knew of it having been joined onto hers was when a roofer was investigating the cause of a leak and shouted down that each neighbor had built onto and over the boundary, she said.

‘We had no awareness that next door had built up and onto our property,’ Mrs Peck told the judge.

‘To see that, you have to be right at the end of our garden.

‘Given the party wall notice we had signed, we had no cause to check on the works.’

Her husband Adam Peck added: ‘It was quite a shock to understand and discover that something very different had been built.’

Representing the couple, barrister Richard Egleton said Mrs Ranford had opted not to leave a gap between the two extensions because she did not want to have a smaller loft room. 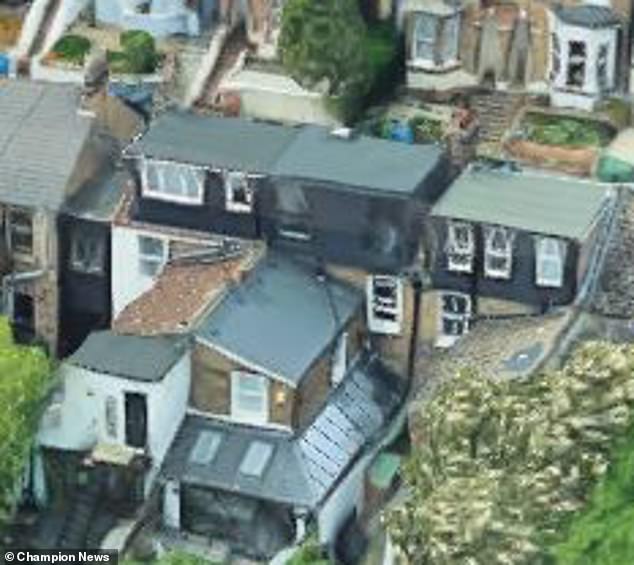 The Pecks asked for a ‘mandatory injunction requiring the removal of that part of the defendant’s dormer extension which is built on the party wall’ or damages. Mrs Ranford’s property can be seen on the left

Instead of leaving a gap, the builder had extended the party wall upwards to use as the outer wall of Mrs Ranford’s loft room, with the gap between the two dormers filled with material on the Pecks’ side to prevent weather damage.

The barrister claimed the work had resulted in a ‘clear trespass’ and that Mrs Ranford should be ordered to dismantle the dormer.

Mrs Ranford fought her neighbors’ case, claiming that the Pecks consented to her building on top of the party wall separating the two properties and that the work she had carried out to join the rooms was ‘unavoidable.’

The amendment to the original scheme, bringing the two dormers together, was due to fire regulations, and the Pecks had consented to that amendment, she claimed.

None of her actual extension is on the Pecks’ side of the boundary, with the only material on their property being the ‘infill’ material used to join and weather-proof the two structures, she said. 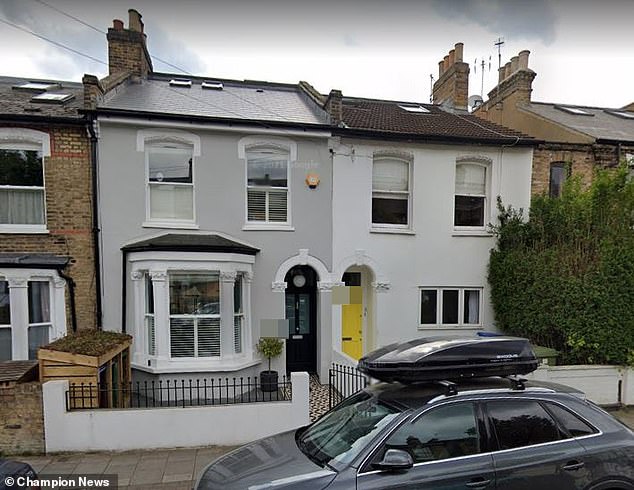 The court row centers on the home located in trendy East Dulwich, London

In his ruling, Judge Monty accepted that Mrs Ranford’s builder had explained to Mrs Peck that he intended to build on the party wall, but that she had not actually agreed to it.

However, he said he would not make an injunction ordering Mrs Ranford to pull down her loft extension because the resulting trespass was ‘very minor’ and instead awarded the Pecks £200 damages.

‘I do not believe that any court would direct the mandatory removal of a soundly constructed dormer which had caused and was causing no damage purely because of what was at best a minor trespass,’ he said.

‘The court has the power to award damages in lieu of an injunction. That in my judgment, is the appropriate relief in this case.

‘I entirely reject Mr and Mrs Peck’s case that the trespass was cynical and calculated. On the facts, it was not.’

Giving judgment, Judge Monty agreed that the case should have been settled and that Mrs Ranford had ultimately won because there was never any hope that a judge would order demolition of a well-built extension because of a minor trespass.

‘Although there was a minor trespass, the extension was properly constructed, it had not caused any damage and it had building regulation consent and planning permission,’ he said.

‘It was never going to be appropriate to order its demolition. It is crystal clear to me that Mrs Ranford was the successful party here. 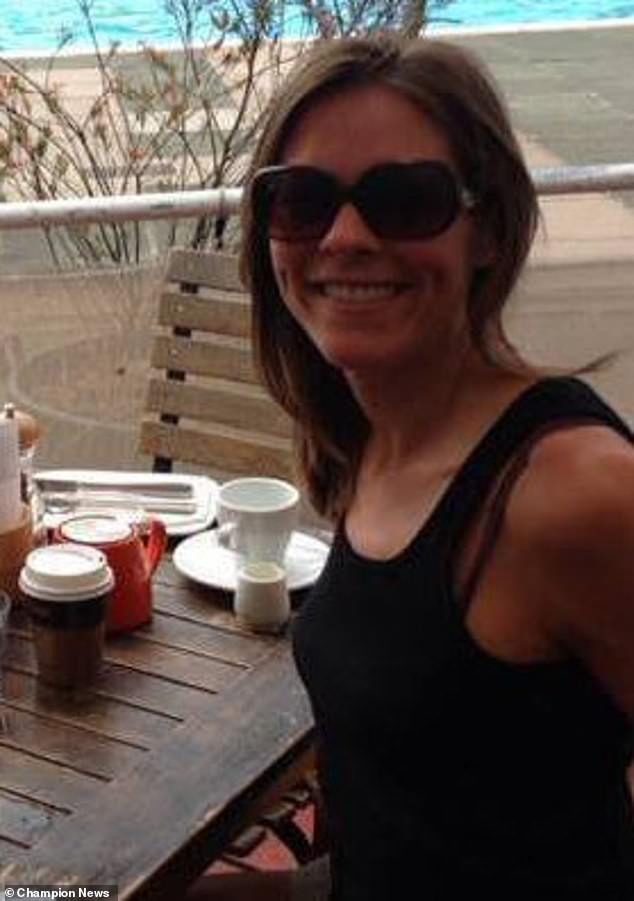 In a hearing to decide who pays for the case yesterday, Mrs Ranford’s barrister Howard Smith said she had desperately wanted to avoid the ‘enormous costs’ of a trial and had offered every neighbors £13,000 to settle the case earlier, but it had been refused . Pictured: Mrs Ranford

‘I don’t see how Mr and Mrs Peck could properly be said to be the successful parties.’

He said the offer to settle the dispute without a court fight had been ‘very generous’ given that he had found the trespass was worth only £200.

‘This was a very minor trespass indeed and it deserved no more than minor damages,’ he said.

He ordered that the Pecks pay their own costs of £70,000, plus 80 per cent of their neighbor’s costs, which were estimated before the trial at about £72,000 but could be increased as they will now be assessed on the stricter ‘indemnity’ basis.

According to her company’s website, Mrs Peck’s label Our Little Tribe is ‘inspired by a world according to kids’.

The website states: ‘Our little tribe is a brand of organic gender neutral clothing for kids aged 3-12 years.

‘Our collections embrace simple fresh abstract graphic pattern across garment shapes with a sprinkling of ‘quirk’.

‘Each collection’s pattern is inspired by children’s moment of discovery of the world around them.

‘At the heart of what we do is a belief that we want our children to inherit a better world.

‘We believe in conscious fashion – collections are designed to transcend siblings and friends which is why we chose gender neutral colors and styles.’

Her husband Adam Peck is lead vocalist of his group Peck, which he formed during Covid.

He describes their first album online as ‘song writing unearthed during lockdown and formed in late 2021’.

‘Peck are a rock and roll band from Peckham and Norwich, writing anthemic, beat driven songs inspired by the Britpop scene of the 90s / noughties,’ he adds.